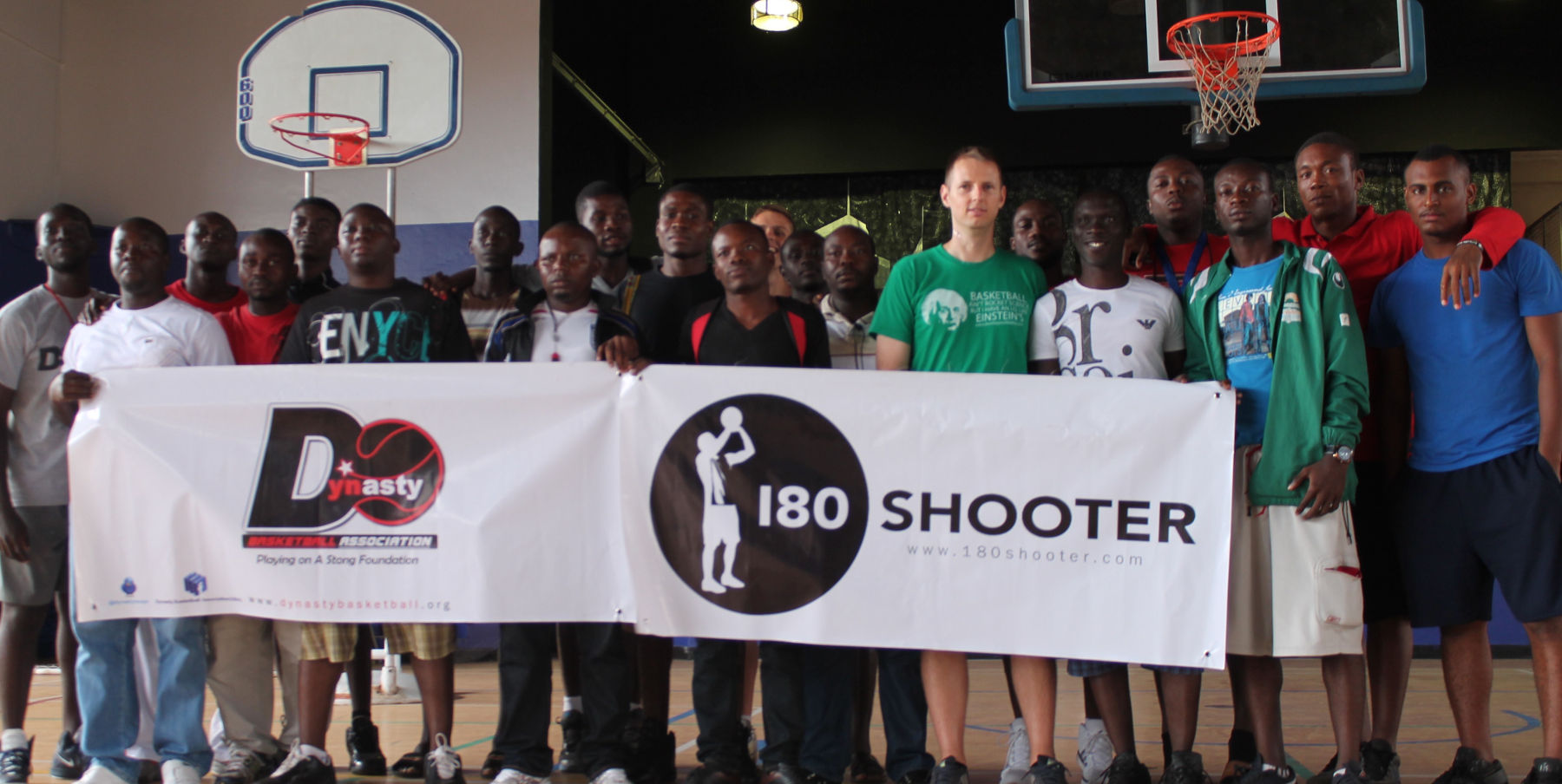 Becoming a 180 Shooter at any level is an exceptional accomplishment. In NBA history, 13 players accomplished the feat, and 7 players joined the more exclusive 50-40-90 club. Steve Nash currently leads the way with the most 50-40-90 and 180 Shooter seasons, and Stephen Curry became the first player to lead the NBA in scoring with a 50-40-90 season during the 2015-16 season.

How does one become a 180 Shooter? In a word, practice. There are many factors that contribute to successful shooting, and the content throughout this site and in the book 180 Shooter: 5 Steps to Shooting 90% from the Free Throw Line, 50% from the Field and 40% from the 3-Point Line outline and explain many of the factors, from coordination to technique to practice design to mentality.

The app is based on the analog work of basketball coach Brian McCormick, which was made into an online program in 2010 and now into an app. The app, from the drills to the shot charting, is based on working with several players who developed into 180 Shooters at the college level and European professional level and who set NCAA shooting records during their four years in college. In the old days, coaches kept shot charts on paper and cumulating the data was laborious; players kept journals with practice results, but it was difficult to measure improvement with notebooks full of numbers and different drills. The app takes care of the labor. Enter data during games or after practices and sort through data based on court location, direction of movement, pre-shot behavior (pass or dribble), and more. Learn about your habits, and use your practices to inform your shot selection, and your game shooting performance to inform your practice. Use technology to improve your shooting and move you toward becoming a 180 Shooter.

Task representation and running around chairs

The video is titled game-like shooting drills. How is running around a chair game-like? Now, you can argue that these shots simulate shots from locations and cuts that occur with a team’s offense. However, that does not make the shots game-like. The location of angle of a cut does not determine the game-likeness of a […] Read more

Originally published in Hard2Guard Player Development Newsletter, Volume 4. The brain prefers limb movements to be synchronized: to feel the phenomena, rub your belly and tap your head. When putting together a motor program, movements are rhythmic. For a basketball example, watch a player as he dribbles one ball high and the other ball low, […] Read more

Originally published in Hard2Guard Player Development Newsletter, Volume 4. During the 2010 FIBA World Championships, many criticized Team USA’s skill level, especially the shooting of players not named Kevin Durant. A familiar theme of the last decade is to criticize the skill level and coaching, usually focused on fundamentals. Fundamental is typically synonymous with technical […] Read more